Some Heroes In Geotechnical/Foundation Engineering

Archimedes (287-212 BC) famously discovered 11 Archimedes Principle” of buoyancy, which affects soil weight and frictional resistance to sliding. He was killed by a Roman soldier who had no appreciation.
Charles-Augustin de Coulomb (1736-1806) was a French military engineer, and while being in charge of building a fort on the island of Martinique he observed that sand grains must have friction or they would not make a respectable pile. He also reasoned that clay must have cohesion or it would not stand unsupported in a steep bank. Those observations led to the “Coulomb equation” for soil shear strength. Over 100 years later, Karl Terzaghi added the influence from pore water pressure that tends
to push grains apart.
Coulomb also derived an equation for the lateral force from soil pushing against a retaining wall. The equation, and a later equation proposed by Rankine, puts the maximum soil pressure at the base of a wall but tests conducted by Terzaghi indicate that it is more likely to be zero. That is no small error because raising the height of the center of pressure increases the overturning moment, which makes the Coulomb and Rankine solutions the unsafe side.

After retiring from the Army, Coulomb entered a contest to invent a better marine compass. He did not win the contest but invented the torsion balance that substitutes twisting of fine wires for knife edges. Coulomb then experimented with his instrument to measure tiny forces from electrical charges, electricity being big at the time, and discovered that forces between two electrically charged particles depend on square of the
separation distance. Coulomb’s Law also governs space travel and orbiting distances of satellites.
William John Macquom Rankine (1820-1872) was a professor at the University of Glasgow. He was most famous for his analysis of the thermodynamics of steam engines, but he also had a simple solution for soil pressures against retaining walls. He defined an active state for soil that is acting to retain itself, and a passive state for soil that is being
pushed. Rankine’s and Coulomb’s analyses can give the same answers, but both have a limitation.
Christian Otto Mohr (1835-1918) was a German bridge engineer and a professor of mechanics at Stuttgart and Dresden. He devised the “Mohr circle” graphical method for depicting soil stresses, and the ”Mohr envelope” defines stress conditions for shear
failure. It supports Coulomb’s soil shear strength equation.
Ludwig Prandtl (1875-1953) was a professor at the University of Hanover, most famous for his contributions to aerodynamics. He also developed a theory for the resistance of metal to penetration by a punch based on a curved failure surface called a log spiral.
Karl Terzaghi (1883-1963) was from Austria and was educated in mechanical engineering.
However, he also was interested in geology and became a professional geologist. He then used an engineering approach for soil problems, for example, by applying Prandtl’s log spiral to shallow foundation bearing capacity, a theory and approach that still are widely used. As a professor at Robert College in Turkey, Terzaghi devised the consolidation test and theory for predicting foundation settlement. Those observations led to defining soil shear strength in terms of effective stress that takes into account the
influence from excess pore water pressure. Terzaghi also observed that because clay particles must be soft and yielding, contact areas between particles can be expected to vary depending on the contact pressure,
which might explain the linear relationship between friction and normal stress. It is the concept that made its way back into mechanical engineering to explain friction. It also can explain the function of a lubricant, to keep surfaces separated.
Geotechnical engineering has grown and continues to grow, and many investigators and practitioners continue to make important contributions. Broad interests, curiosity, imagination, and an interest in working with a complex and somewhat unpredictable natural material are part of the toolkit.

Disclaimer: The pdf found in internet as free. If the author has any objection then please comment below and also confirm that the same action taken to those website from where we got it, so that we will remove the post. 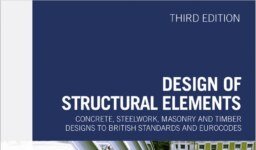 Design of Structural Elements as Per Eurocode and BS Code 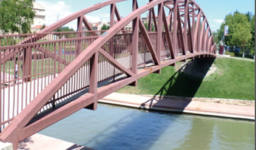 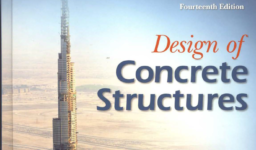